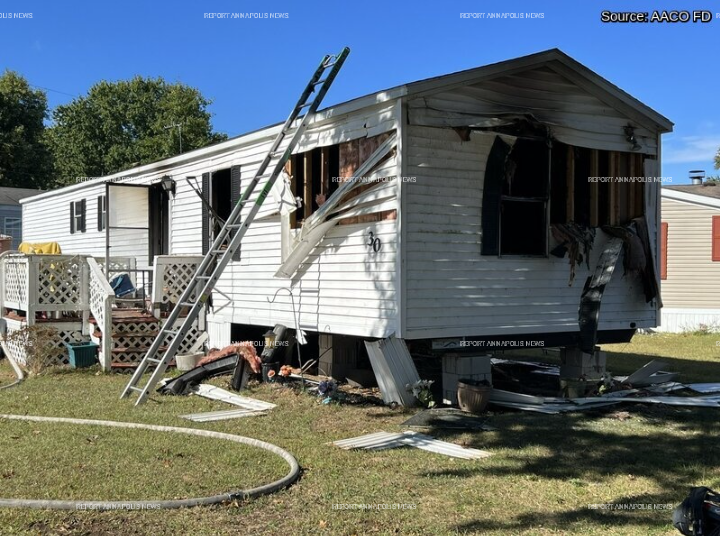 Firefighters said there were no working smoke detectors inside a burning Lothian home where the resident, Thomas Reilly, 71, was found dead.
Officials said on September 29, at 9:45 am., firefighters responded to 911 calls by neighbors reporting a fire at 30 Patuxent Mobile Estates. "First arriving firefighters reported fire and smoke from the home's northeast side window," a press release states. "Firefighters located Mr. Reilly deceased in a bedroom, which was determined to be where the fire started."
The fire was brought under control in less than 30 minutes.  Mr. Reilly lived alone, and there were no other injuries as a result of the fire.
The cause is under investigation by the Anne Arundel County Fire and Explosives Investigation Unit members. The preliminary cause is accidental with an undetermined classification.