Remembering Bertina Nick on Her Birthday 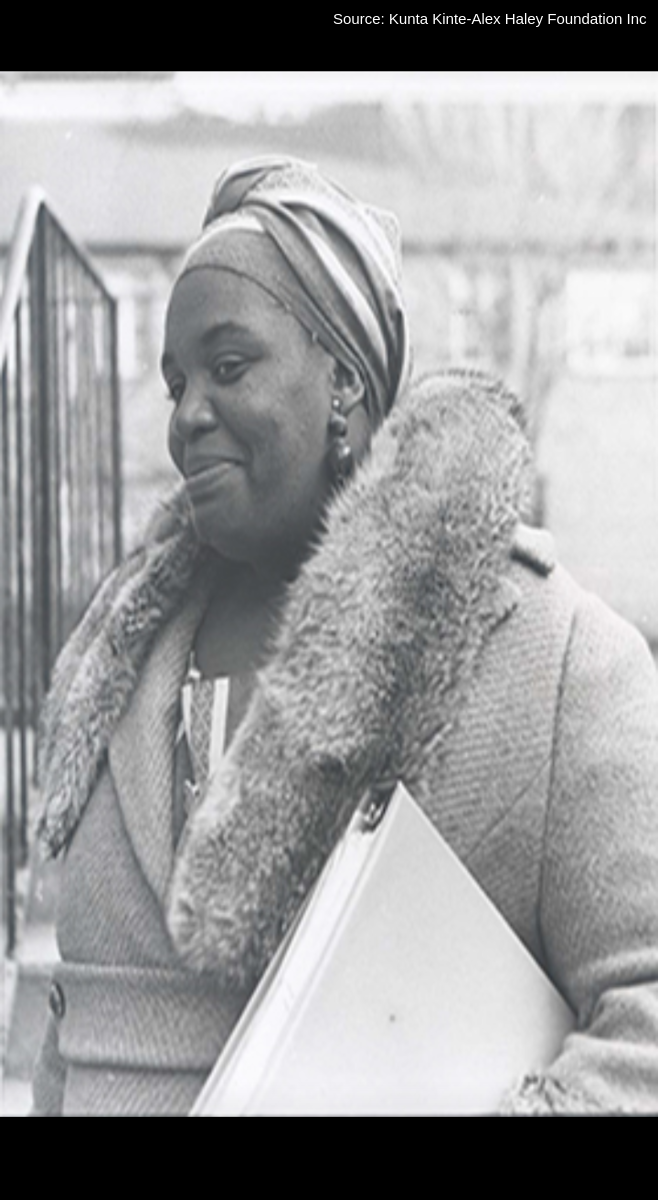 The late Bertina Larkin-Nick, a fearless community leader and activist, would have celebrated her 75th birthday on September 8, 2002.
Ms. Nick died on November 22, 2004, at the age of 57.
According to an online memorial created by the Kunta Kinte-Alex Haley Foundation, Ms. Nick was a change agent and advocate for the underserved and underpriviledged communities in Annapolis, where she was lifelong resident.  "Nick worked her way out of public housing and became a self-sustaining college graduate," the memorials reads says. "But still, she worked for and promoted her community."
Despite being an eighth grade dropout, Ms. Nick obtained a high school equivalency diploma in 1978, and later earned a Master's degree from Lincoln University. 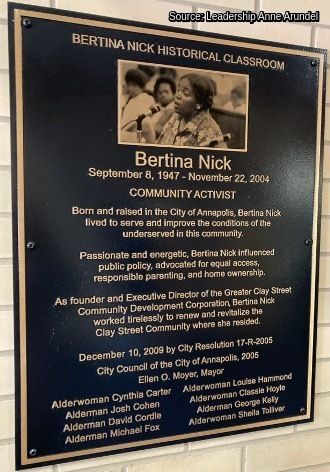 After many years of service to the Annapolis Housing Authority, Ms. Nick founded the Greater Clay Street Development Corporation in the early 1990s.  The organization had a focus on improving the quality of living in the Clay Street community, while also encouraging a self-supporting and independent lifestyle for those who lived there.
In 2010, the Annapolis City Council approved renaming a street in Ms. Nick's honor. Bertina A. Nick Way became a part of the redeveloped Obery Court Housing Complex. Longtime civil rights leader Carl Snowden said Ms. Nick is one of those individuals who made a difference in Annapolis. "I am pleased that we named the street in her honor. Gone but not forgotten," Snowden said.
Ms. Nick is memorialized through a special scholarship given in her name at Leadership Anne Arundel.  A website for the organization said The Bertina Nick NLA Flagship Scholarship is awarded at the Tribute to Leadership and Graduation. "It honors activist and community leader Bertina Larkins Nick and her lifetime of work in the county."