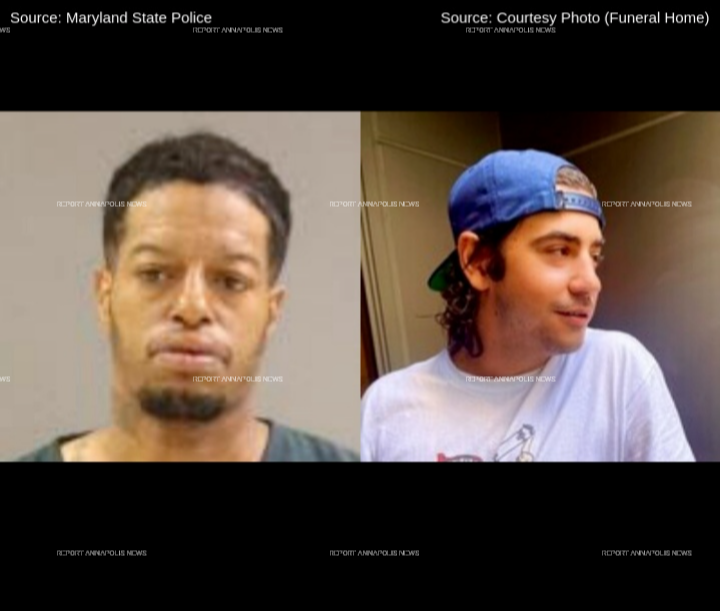 Anne Arundel County prosecutors have filed court documents showing the intent to move forward with their case against the man who authorities believe was driving drunk in May during a Glen Burnie accident which left one person dead.
On September 6, an eight count criminal information was filed against 34 year old Nathaniel Patrick Ingram (left photo), of Temple Hills, in connection with the alleged drunk driving crash that claimed the life of Anthony Filardo (right photo), 33, of Severna Park, according to court records.
The charges consist of several felonies, including negligent manslaughter, negligent homicide and causing a homicide with the use of a motor vehicle while impaired by alcohol. An initial appearance has been scheduled in the case for October 3 at the Circuit Court in Annapolis.
Maryland State Police said shortly after midnight on May 18, Ingram was under the influence of alcohol while operating a dump truck in an active work zone, when he went the wrong way up a closed exit ramp near the Outer Loop of the Beltway at Maryland Route 2. In a press release, officials said the vehicle driven by Mr. Fallardo approached the area and subsequently struck the back tires of the dump truck. A state police investigation revealed that Mr. Fallardo's vehicle rotated before coming to a stop against a nearby concrete median, and the dump truck came to a stop on the right shoulder.
Mr. Fallardo was pronounced dead at the scene.
Ingram was taken into custody soon after the crash. He was released on pre-trial supervision two days later after posting a $250,000 bond, records show.
An online memorial dedicated to Mr. Fallardo states that he was a proud cancer survivor. "In February 2020, Anthony was diagnosed with Acute Myeloid Leukemia (AML)," the memorial said.  "His strong fight, will to live, and stem cell transplant from his little sister, Alex, helped him to celebrate two years of cancer free living to date."
Filardo, a tech professional, is remembered by loved ones for having a larger than life personality, who enjoyed boating, music, working on cars and doing handywork.  "There was nothing Anthony couldn't fix," his family shared on the memorial.
To make a donation in Mr. Fallardo's honor, supporting the Leukemia & Lymphoma Society:
Help Anthony Filardo's Family Support the Leukemia & Lymphoma Society