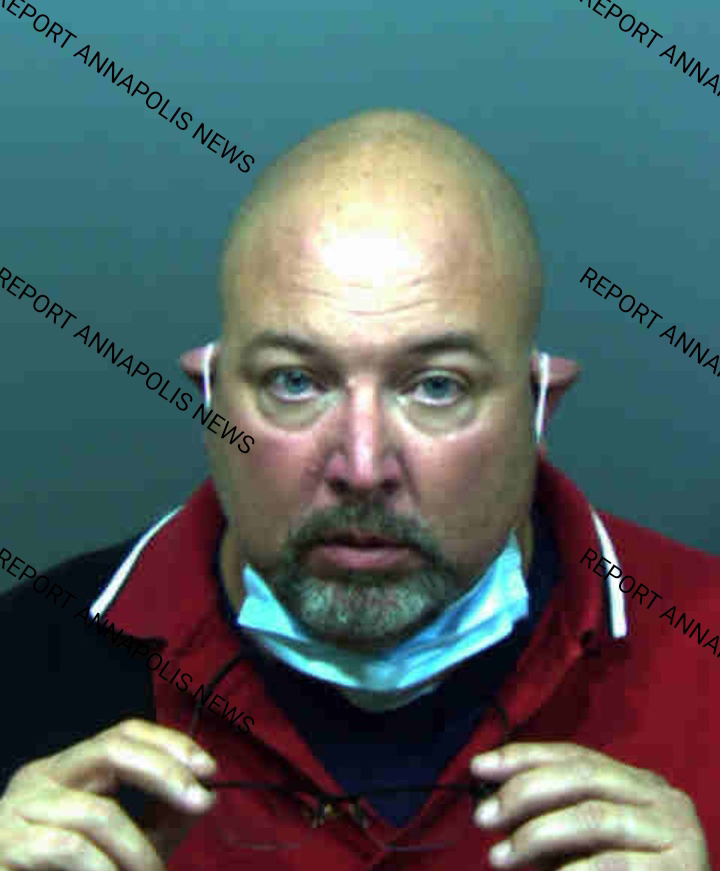 The Prince George County Police Corporal who was arrested following a road rage incident near his home in Annapolis has been sentenced to time served after entering an alford plea.
The female victim accused James Joseph Thornley, Jr., 47, from the 700 block of Tyler Avenue in Annapolis, of pointing his gun at her while traveling home in his personal vehicle shortly after leaving work on the morning of August 26, 2021.
Thornley recently entered an alford plea to second degree assault, a misdemeanor which carries maximum penalty of 10 years in prison and a fine of $5000.00.  An Anne Arundel County Circuit Court Judge sentenced him to two years, with all but 38 days suspended. Thornley was then given credit for the 38 days he served in jail prior to being released under pretrial conditions.
Under an alford plea, defendants maintain their  innocence while acknowledging prosecutors have enough evidence that could be used to find them guilty at trial.
The judge also ordered Thornley to submit to a term of unsupervised probation for a period of one year.
Charging documents said an officer with the Annapolis Police Department responded to a location in the area of Youngs Farm Road and Forest Drive after a woman called police to report having a firearm pointed at her by a Prince George County Police officer, later identified as Thornley.  The unidentified woman reportedly told police that Thornley cut her off and tried to push her vehicle off the road while traveling on Route 50 closest to Riva Road.  Once Thornley and the woman reached the intersection of Forest Drive and Chinquapin Round Road, the incident continued.  "The woman got out of her vehicle and asked Thornley 'what are you trying to kill me?'," the charging documents say. "Thornley then pointed his firearm at her and said 'get your fat a** back in the car, or Im going to f****** shoot you.' "
During a subsequent interview that same day, Thornley claimed that he brandished his weapon and pointed it at the woman before saying "get the f*** away from his vehicle," after she exited her car and approached him while yelling.
Thornley was not charged until about a month later.
On September 22, 2021, he was arrested in connection with the incident.  The next day, Thornley, an 18-year veteran, was suspended from the Prince George County Police Department without pay.
Thornley's police powers remain suspended and he is currently on administrative duty, according to a department spokesperson.
Neither the Annapolis Police Department, nor the Office of the Anne Arundel County States Attorney responded to questions from Report Annapolis News on whether or not the case was handled differently or if Thornley received preferential treatment due to him being a sworn law enforcement officer.