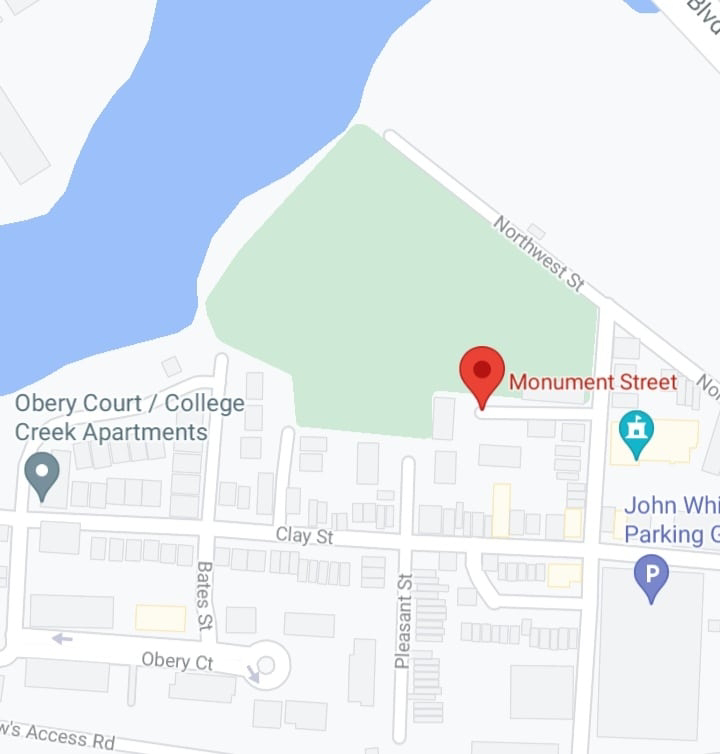 The details pertaining to a shooting that injured two children on Obery Court in Annapolis are revealed in documents obtained by Report Annapolis News.
At around 7:21pm on February 12, 2022, units were dispatched to a location on Monument Street following reports of injured subjects.  Upon arrival, two unidentified juveniles were found with injuries consistent with being shot.  Both children were flown to an area trauma center in conditions that are unknown at this time.
According to an Annapolis Police Department spokesperson, the shooting occured in the 100 block of Obery Court.
The two juveniles, a 14 year-old male and a 10 year-old female, were located nearby the incident in the unit block of Monument Street. The 14 year-old is in stable condition and the 10 year-old is in serious but stable condition.
The suspect in the shooting is John Estep, 41, of Annapolis. He turned himself in to police without incident. Estep was arrested and charged with seven criminal charges related to the crime, including two counts of first degree assault. He was released on personal recognizance.
Preliminary investigation reveals that police were called to the 100 block of Obery Court at 7:19pm for the report of a possible home invasion. Shortly after the initial call the police received multiple calls that two juveniles had been shot. The investigation into the circumstances of the shooting is continuing.
Charging Documents can be reviewed below: 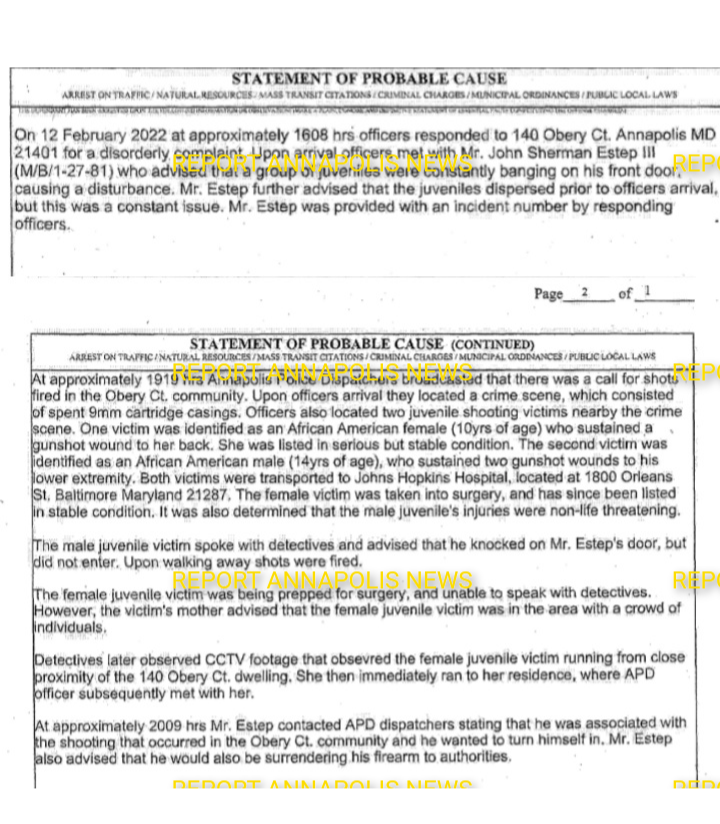 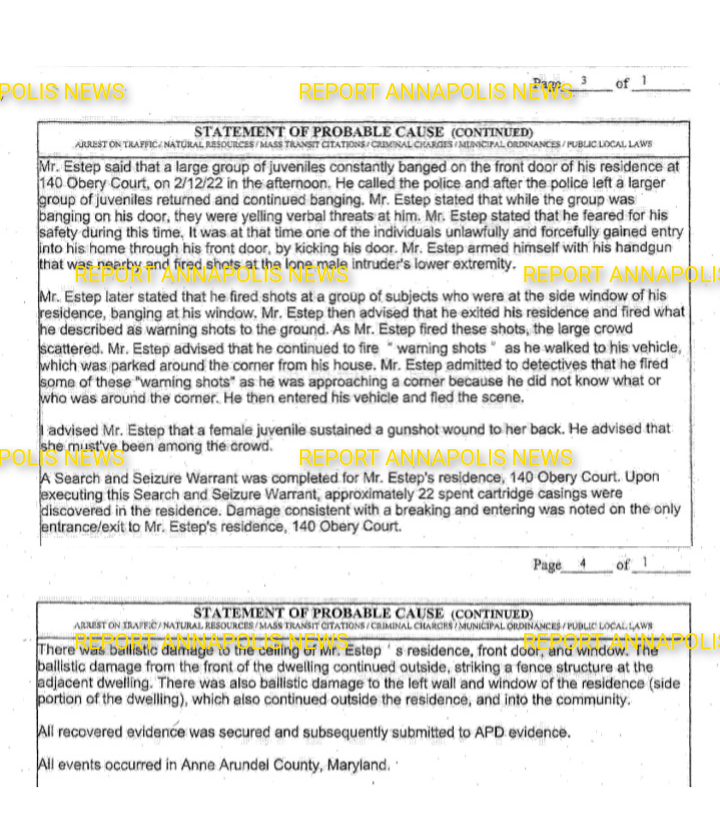