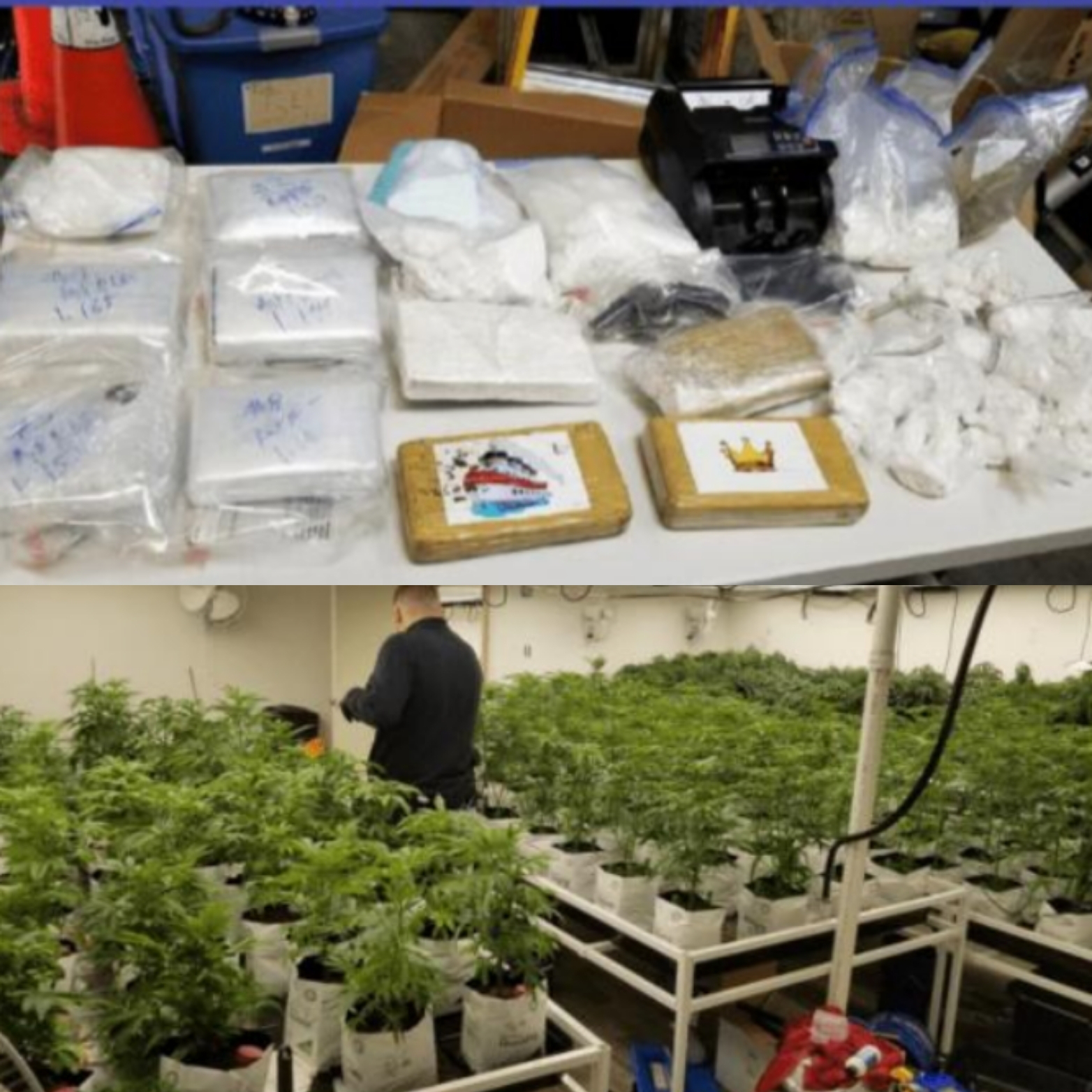 An Anne Arundel County grand jury recently indicted five men in connection with a massive drug seizure, including the recovery of enough fentanyl to kill nearly 3 million people.
According to a joint announcement made by the Maryland Attorney General's Office and the Anne Arundel County Police Department, the charged defendants are 48-year-old Dwayne Booze and 51-year-old Thomas Timothy Booze of Baltimore, 47-year-old Maurice Dotson of Severn, and 27-year-old Michael Booze and 31-year-old Thomas William Booze of Glen Burnie.
Officials said the investigation revealed that at least as early as February 2021 through December 2021, Dwayne Booze was directing an effort to distribute large amounts of fentanyl, cocaine, heroin, and marijuana in Baltimore City, Anne Arundel County, and Baltimore County.  Investigators reportedly learned that the organization was using two autobody shops, located in Baltimore City and Anne Arundel County, to orchestrate the distribution of controlled dangerous substances.  Detectives observed dozens of hand-to-hand drug transactions in multiple jurisdictions and intercepted communications over a wiretap that confirmed the distribution of large amounts of controlled dangerous substances.
Police seized more than 5 kilograms of fentanyl, more than 500 grams of heroin, and more than 7 kilograms of cocaine and cocaine base.  Police investigators said a "sophisticated" marijuana growing operation was found at a Baltimore City autobody shop with more than 400 marijuana plants.  Police seized 9 firearms as part of their investigation.
"We have charged these individuals with orchestrating a drug distribution enterprise across multiple jurisdictions.  The organization had enough fentanyl to kill millions of Marylanders,” said Attorney General Frosh.  “Dwayne Booze, charged under the Drug Kingpin statute, worked with family members to distribute deadly narcotics and opioids under the guise of legitimate businesses.  Thanks to the investigative work of our partners, particularly Anne Arundel County, these individuals are charged with significant crimes that carry hefty penalties.”
“This 10-month investigation was a huge undertaking with our dedicated detectives spending thousands of hours collecting evidence that ultimately led to the dismantling of a major drug trafficking organization,” said Anne Arundel County Chief of Police Amal Awad.  “I am grateful for the collaboration with the Office of the Attorney General and the Governor’s Office of Crime Prevention, Youth, & Victim Services to help make our community a safer place.”
“Operations like this are exactly why Governor Hogan created the Maryland Criminal Intelligence Network, and thanks to the diligent work of our law enforcement partners, these guns, drugs, and dangerous criminals are now off our streets,” said Yesim Karaman, chief of staff of the Governor’s Office of Crime Prevention, Youth, and Victim Services.  “The amount of fentanyl alone seized could have killed 2.5 million Marylanders, but because of this operation, countless lives have been saved and a clear message has been sent: if you pursue a life of crime in Maryland, you will end up behind bars.”
Trails have yet to be scheduled.