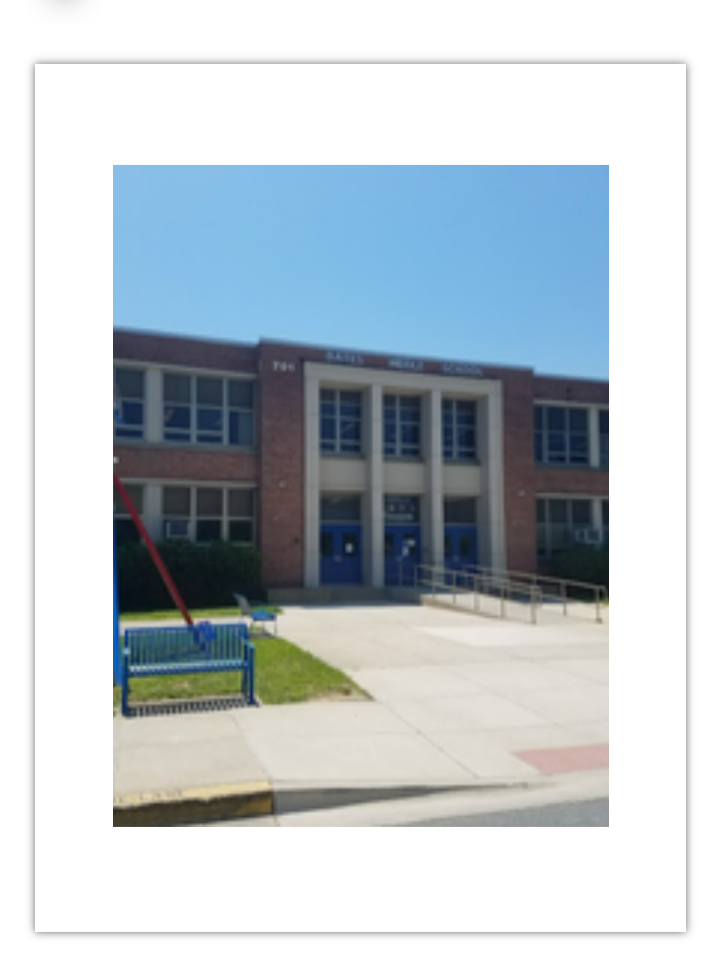 A student at Bates Middle School was found in possession of multiple "prohibited items," according to a letter released by the principal.
In the letter, School Principal Katherine Hicks said administrators recovered a pocketknife, lighter and a crowbar from the student on the morning of February 15, 2022, "It was revealed that the involved student showed the items to some of their classmates and briefly sparked the lighter," the letter said.  "At no time were threats made towards anyone."
The matter was reported to the police who may take action separate from any school related discipline. 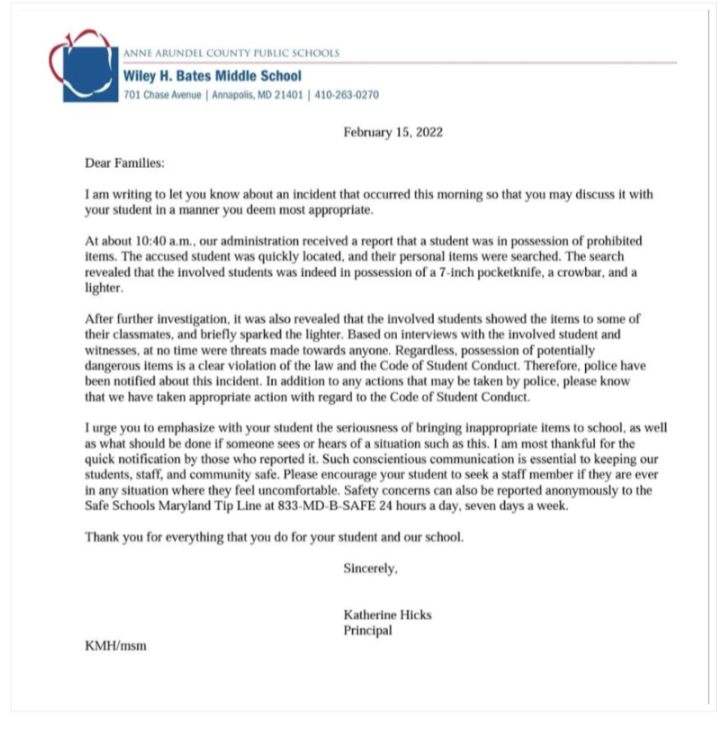