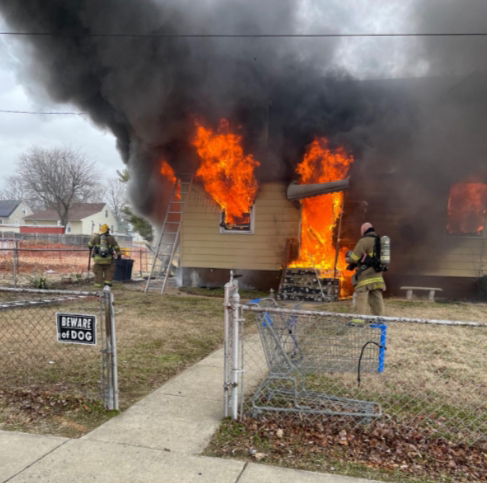 A major home fire in Glen Burnie has left six people displaced and a first responder injured.
On February 7, 2022, at 10:36am., multiple units responded to a location on Vernon Avenue for a single family dwelling fire.  Neighbors had called 911, reporting fire and smoke from the windows of the home at the same time as the occupants were evacuating. First arriving firefighters found fire throughout the first and second floors of the house.
The fire was brought under control in 60 minutes with the help of more than 40 firefighters. Paramedics transported one firefighter with minor injuries to a nearby hospital.
The Red Cross is assisting six occupants displaced due to the fire. Cause and estimated damages remain under investigation.