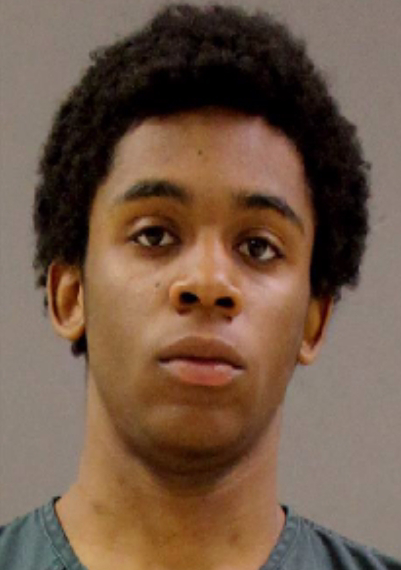 Annapolis Police used an instagram post to help identify the sole suspect in a recent Eastport shooting, according to court records obtained by Report Annapolis.
On April 8, 2020 at approximately 7:32 p.m., Annapolis Police responded to the 1100 block of Medgar Evers Street in regards to a shots fired complaint. Shooting victims, Anthony Isaiah Johnson, 21, and Jaymar Teron Howard, 26, were located suffering from gunshot wounds.  Both were later transported to a trauma hospital in Baltimore via helicopter.
Investigators reported seeing the suspect, Jariq James Downs, 18, of Juliana Circle in Annapolis, photographed in an instagram post.  In the picture,  Downs was posing in front of a door in the Harbour House community.  Video footage from that area confirmed the picture was taken at the time it was posted to Instgram.  Also, Downs was confirmed wearing the same clothing in the picture that was worn during the time of the shooting, which helped police to positively identify Downs as the suspect in the shooting.
On April 14, members of the Annapolis Police, working with officers from the Anne Arundel County Police Department, arrested Downs.  He was arrested without incident in the unit block of Admiral Cochrane Drive, Anne Arundel County, MD.  Downs was charged with two counts of attempted second degree murder and ten other criminal charges related to the crime. He is being held at the Jennifer Road Detention Center without bond.