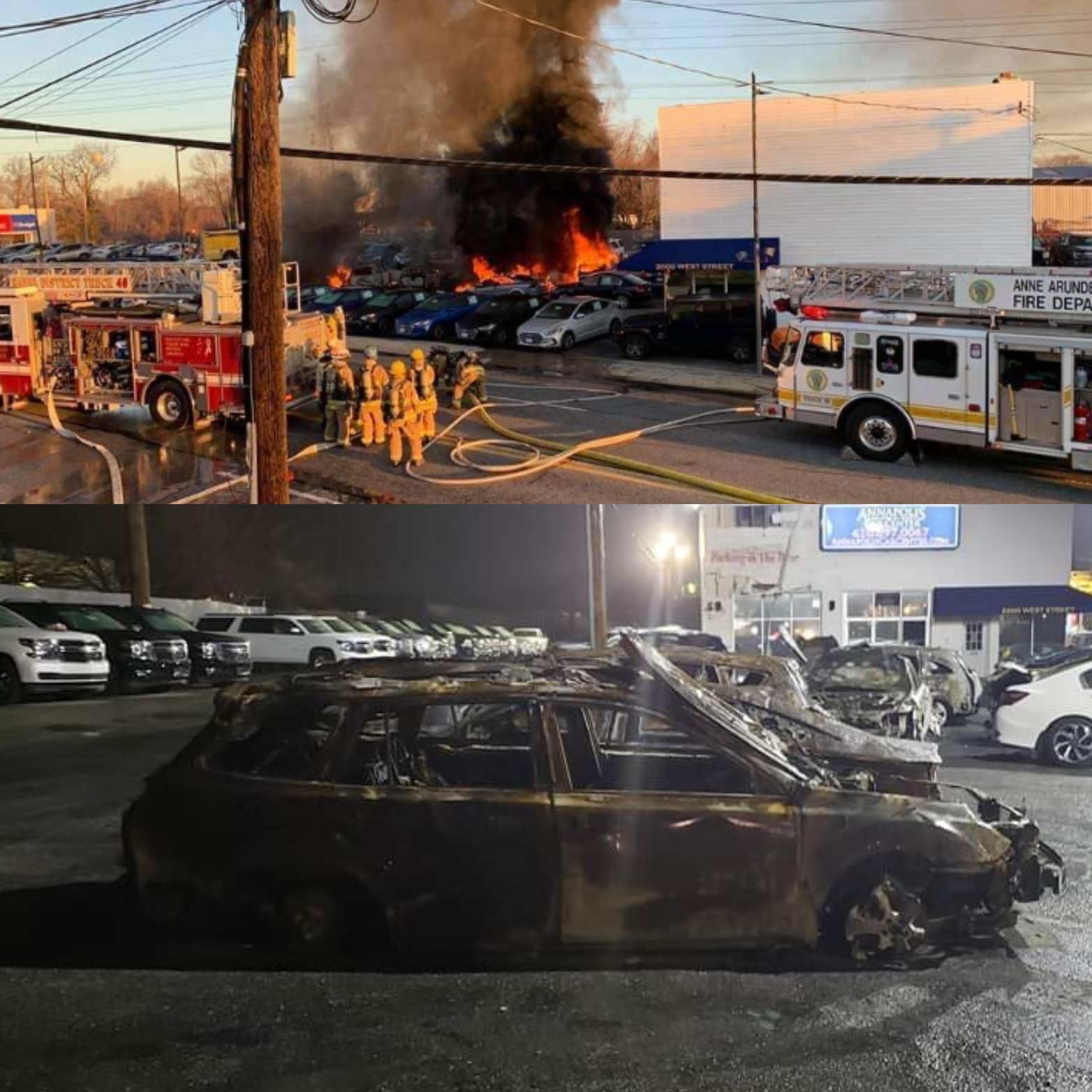 Officials with the Annapolis Fire Department have released the cause of the single alarm blaze at a West Street car dealership in February.
Downed electrical wires caused the February 3 accidental fire which involved approximately 13 vehicles, closed a nearby school and affected about 1,000 BGE customers, reports say.
According to documents obtained by Report Annapolis, units responded to Annapolis Car Care Center, located at 2000 West Street at 6:33am on Monday, February 3, 2020.  Upon arrival, firefighters located several vehicles on fire in addition to downed power lines.  The affected vehicles were centered in the parking area around a utility pole.  Due to conditions, crews could not efficiently control the fire and several other vehicles became involved or damaged as well as the siding of the building.
Investigators viewed video camera footage from an adjacent business and observed what appeared to be a failure of some sort in the powerline, which could be seen fall to the ground prior to the fire commencing in the lot.
"With a reasonable degree of fire investigative certainity, this fire has been ruled accidental with the cause being a downed fireline," the investigator wrote.
With the help of 40 firefighters, the fire was put under control after 90 minutes, resulting in losses of $500,000.
Shortly after the fire, Report Annapolis reached out to the owner of Annapolis Car Center, Balram Krishan Chopra, who declined to comment but referred questions to his attorneys and resident agents for the business, Jeffrey Bowman and Gormley Jarashow of Gormley Jarashow Bowman.  To date, no official comment has been made to Report Annapolis by the owner or his representatives.
A June 2011 investigative report shows a fire at the same location under similar circumstances and causes which resulted in losses of $200,000.