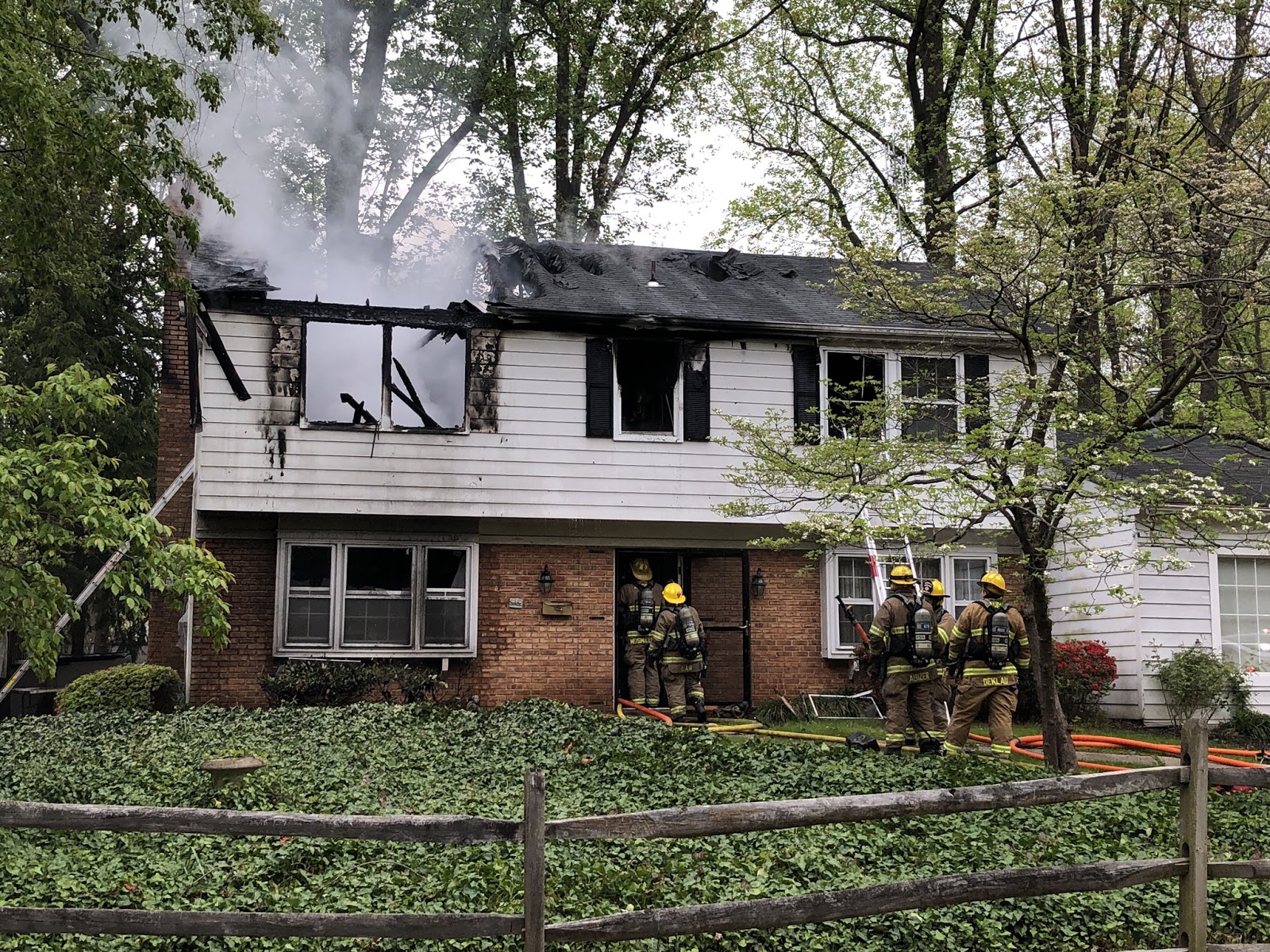 A single alarm Crofton house fire caused three firefighters to be injured and displaced one person, fire officials announced today.
Shortly after 2pm on Thursday, April 23, 2020, firefighters responded to multiple 911 calls reporting fire from the second floor of a home in the 1700 block of Crofton Parkway. First arriving firefighters reported heavy fire conditions on the second floor, extending into the attic and through the roof of the two-story, single-family home.
The fire was brought under control in about 20 minutes. The cause of the fire is undetermined and under investigation by members of the Anne Arundel County Fire Department Fire and Explosives Investigation Unit.
Three firefighters with minor burn injuries were transported to the Burn Center at Washington Hospital Center, where they were treated and subsequently discharged.
One adult occupant, who was not home at the time of the fire, has been displaced.