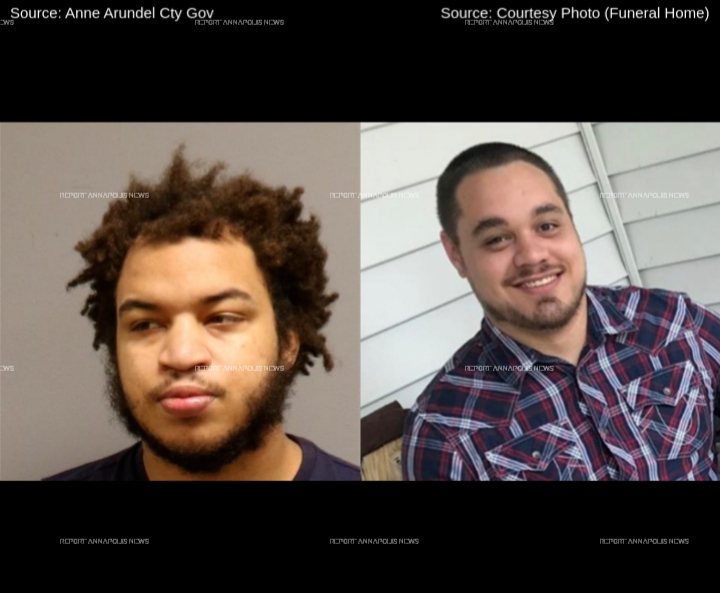 The man who was arrested and charged following a homicide that took place in Glen Burnie last year has beem sentenced after entering an alford plea, prosecutors said.
On September 19, an Anne Arundel County Circuit Court judge accepted the alford plea of Alkein Alphonoso Coates, Jr (left photo). Coates, 24, had been charged in connection with the second degree murder of Richard Ramsay, III, 24. (right photo).
Under an alford plea, defendants maintain their  innocence but acknowledge prosecutors have enough evidence that could be used to find them guilty at trial.
During a hearing on Monday, Coates was sentenced to 60 years, with all but 25 years suspended for the death of Mr. Ramsay.
"Although the defendant didn’t pull the trigger and kill Mr. Coates, he set up the marijuana deal and his participation in the robbery made him as culpable as his associate,” said State’s Attorney Anne Colt Leitess. “It’s my hope that the sentence will provide the loved ones of Mr. Ramsay with some justice as they continue to heal. Our office holds individuals accountable whether they fired the weapon or are accomplices in a violent gun crime.”
On February 22, 2020, Anne Arundel County police officers responded to the 200 block of Poplar Avenue in Glen Burnie for a report of a shooting. Upon arrival, officers discovered two victims suffering from gunshot wounds. The first victim, later identified as Richard Ramsay, was suffering from a gunshot wound to the head and was pronounced deceased at the scene. The second victim was transported to the hospital where he was treated and released. The Office of the Medical Examiner ruled Mr. Ramsay’s death a homicide.
During the investigation, Anne Arundel County investigators learned that three male suspects entered the victim’s garage to conduct a marijuana sale. Witnesses advised that the males drove into the area in a dark sedan. Video surveillance revealed the vehicle was a green Toyota Solara. Once inside the garage, one of the suspects brandished a gun and shot and killed Mr. Ramsay. Another witness was shot but sustained non-life threatening injuries.
On February 27, 2020, investigators located the defendant and executed a search and seizure warrant. They found evidence linking him to the crime scene through clothing and other property and then later, through DNA evidence that linked him to the Toyota Solara.
***Any suspects/arrested/charged individuals and persons of interest named in the articles are innocent until proven guilty in a court of law.***