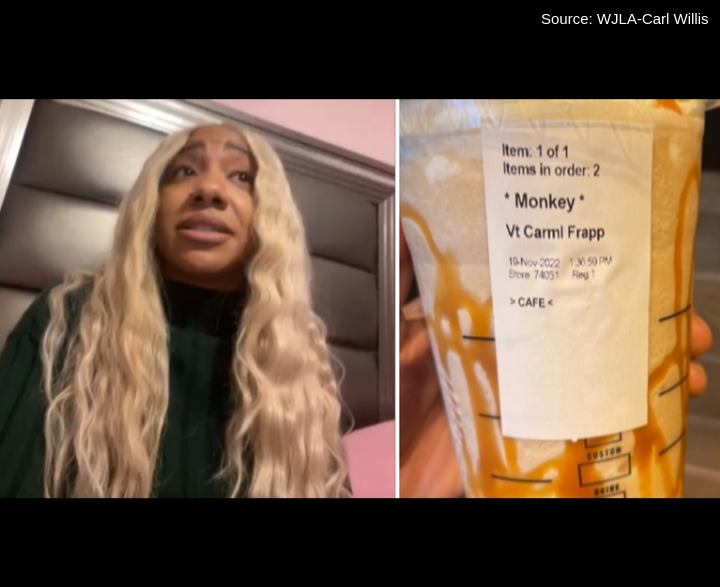 The Annapolis Mall-Starbucks location is under fire after reportedly offering a free drink to a woman whose name was replaced with the word 'monkey' on the receipt from a recent purchase.
According to the story originally reported by Carl Willis of WJLA, Ms. Monique Pugh said on November 19, she was the only Black woman in the store at the time, and the time printed on the label lined up with her order. "A barista picks up a cup, looks at it and she's hesitant, and she says, 'venti caramel Frap' and she puts it down and backs away from the table. Then, I see 'Monkey' on the cup," Pugh told Willis.  "The general manager actually said it was an 'honest mistake.' He said, 'we as a team concluded that it wasn't intentional,"
Pugh told Carl Willis that she didnt 'buy' the company's response to her report.
"That right there threw me for a loop. I was like, 'wow. Why even apologize if you're going to say that?"
Pugh said the store owner offered her a free drink and sandwich for her trouble, but she declined, the article said.
To read the statements issued by Starbucks as well as Impeccable Brands, the operator of the Annapolis Mall location, go to: 'I'm heartbroken'| Black woman's coffee order at Md. Starbucks has 'Monkey' listed as name