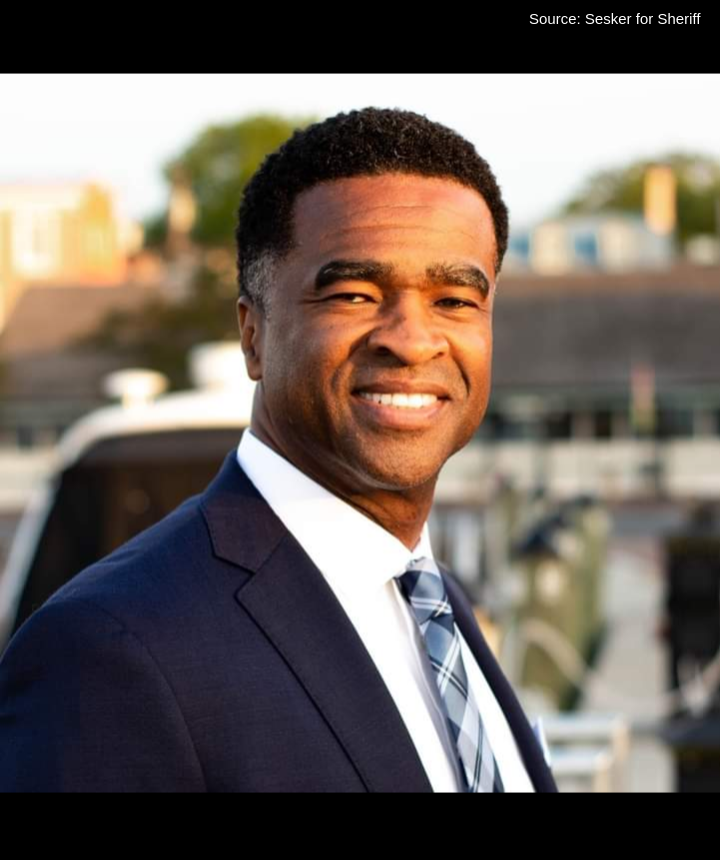 A retired law enforcement officer and Edgewater native has prevailed in a tight race for Sheriff, becoming the first African American elected to the office.
According to a website managed by the Maryland Board of Elections, democrat Everett Sesker received 50.44% of the votes.  The incumbent, republican Jim Fredericks received 49.46% of the votes. 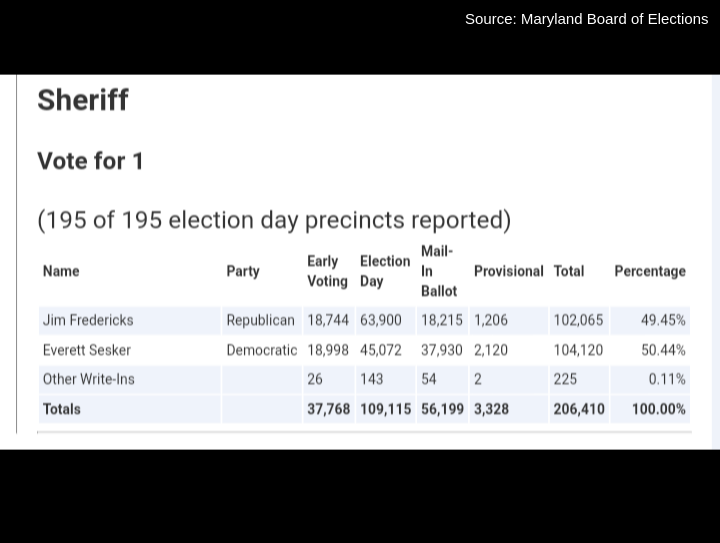 The Everett for Sheriff campaign website said he joined the Prince George’s County Police Department in 1990 and served for 22 years. The website also said Everett was appointed as the Executive Director of the Maryland Police Training and Standards Commission in 2017.