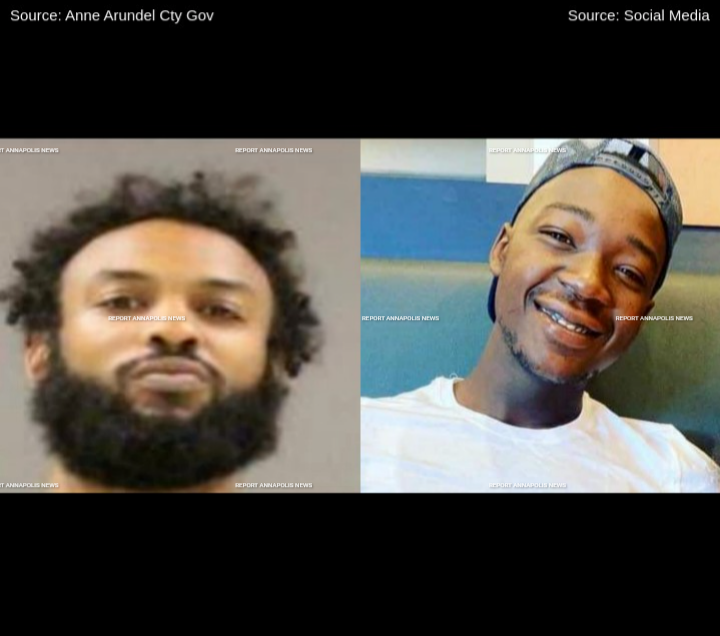 The Anne Arundel County Police Homicide Unit has made an arrest in connection with a recent fatal Glen Burnie stabbing.
In a press release, department officials said on November 17, 2022, at approximately 4:30 a.m., officers were dispatched to a stabbing in the 7900 block of Benesch Circle.  According to law enforcement sources, the stabbing victim, 26-year-old Vincent Eugene Rawlings 3rd (pictured above on the right), from Glen Burnie, was transported to an area hospital where he succumbed to his injuries. Detectives reportedly identified the suspect as 32-year-old Swayne Powers Jr., (pictured above on the left) from Glen Burnie. Powers was located and taken into custody several hours later.
Court records indicate Powers was ordered this afternoon to be held without bond at the Jennifer Road Detention center on several charges, including first and second degree murder.
"At this point, detectives believe this incident stemmed from an earlier dispute,"  the police department wrote in their press release.  "Even though an arrest has been made, anyone with any information is asked to call the Homicide Unit at 410-222-4731 or the TipLine at 410-222-4700."
***Any suspects/arrested/charged individuals and persons of interest named in the articles are innocent until proven guilty in a court of law.***