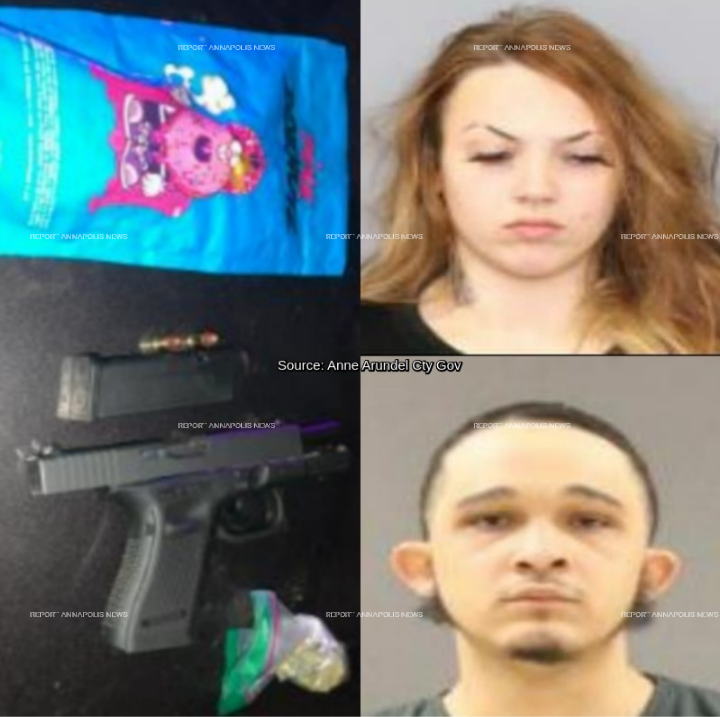 A stolen firearm was allegedly found during a routine traffic stop in Brooklyn Park, which resulted in the arrest of the vehicle driver and passenger.
Police said on November 2, 2022, at approximately 11:35 p.m., officers conducted a traffic stop on a vehicle for a registration violation in the area of Ritchie Highway and Cherry Lane in Brooklyn. During their investigation, officers reportedly learned that the registration on the vehicle was suspended. "During the subsequent search of the vehicle, officers recovered approximately 46g of suspected marijuana and a loaded black, semi-automatic handgun," department officials said in a statement.  "Further inquiry revealed that the handgun was reported stolen in 2021, and both the driver and passenger in the vehicle were prohibited from possessing a firearm."
The driver and passenger were arrested, charged accordingly and identified as:
Destiny Hana Kidwell (Driver) (top photo)
18-year-old
Brooklyn, Maryland
Dominick T Johnson (Passenger) (bottom photo)
19-year-old
Glen Burnie, Maryland
***All suspects/arrested/charged individuals and persons of interest are innocent until proven guilty in a court of law.***