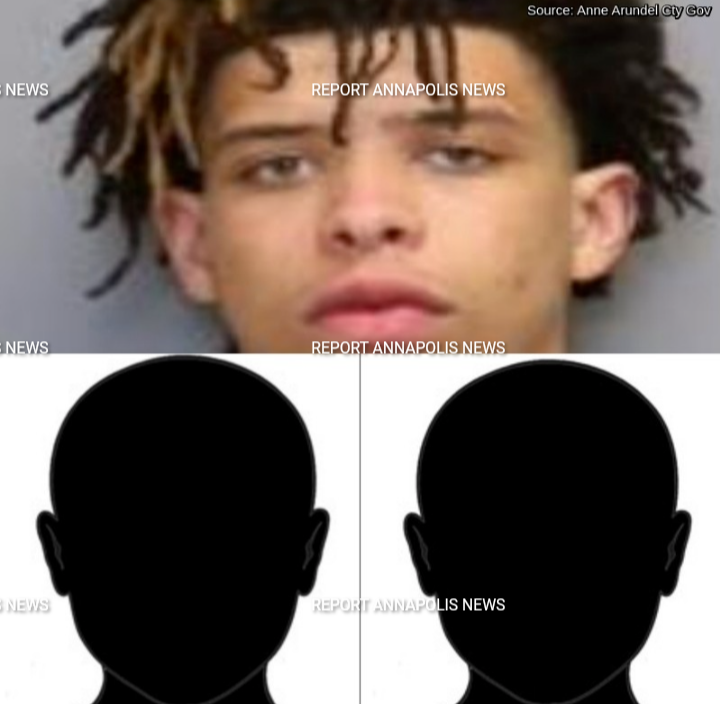 A recent carjacking in Glen Burnie has resulted in the arrest of two teenagers from Baltimore City.
In a statement, the Anne Arundel County Police Department said on November 11, 2022, at approximately 7:30 p.m., officers responded for a carjacking in the 7700 block of Hancock Lane.  "Three adult victims were entering their apartment building when the suspect approached them, displayed a handgun, and demanded the keys to their vehicle. The victims complied, and the suspect fled with the victim’s vehicle, a black 2017 Toyota Camry," department officials wrote.
Law enforcement sources said officers later responded to a residence in the 7100 block of Baltimore Annapolis Boulevard for a family dispute call in which a 15-year-old left without permission. "Family members were actively tracking the juvenile’s phone. As officers closed in on the location of the juvenile, it was discovered that the juvenile was in the carjacked vehicle. "
.
Officers reportedly located the vehicle on Hammonds Lane and attempted to stop it.  According to the police-issued statement, the vehicle fled a short distance before it drove up a curb and into a tree on Belle Grove Road. The four occupants got out of the vehicle and ran; three were located, officials said. Those three individuals were arrested and identified as:
Vincent Steven Marshall (pictured above)
18-year-old
Baltimore, Maryland
Juvenile male
16-year-old
Baltimore, Maryland
Juvenile male
15-year-old
Baltimore, Maryland
The initial suspect who committed the carjacking was not located. That suspect was described as a Back male, 6’0”, 120 lbs., wearing a black ski mask, orange hooded sweatshirt and dark pants.
Northern District detectives are investigating and ask anyone with information to call 410-222-6135 or the Tip Line at 410-222-4700.
***Any suspects/arrested/charged individuals and persons of interest named in the articles are innocent until proven guilty in a court of law.***