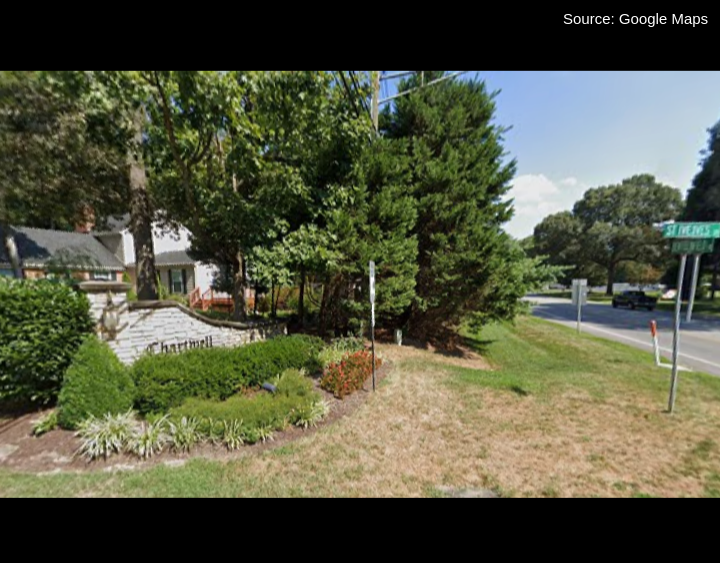 A home inside Severna Park's Chartwell community was found damaged Friday following an early morning shooting in the area.
In a press release, the Anne Arundel County Police Department said on January 13, 2023, at approximately 8:30 a.m., officers responded for a report of a shooting that occurred earlier in the 200 block of Saint Ives Drive. "Upon arrival, officers learned that the homeowner heard “loud booms” between 5:30 a.m. and 5:45 a.m., while he and the other occupants were asleep. The homeowner awoke to find a projectile lodged in a picture frame on a wall near his bedroom," the press release states. "Officers located two holes in the front door of the residence, one of which was believed to be from the projectile found in the picture frame, the second appeared to have passed completely through the residence and exited through a back wall. "
According to the police department, officers would later discover a third impact sight on the brick exterior of the residence. There were reportedly no physical injuries reported and no other residents came forward to report that their homes were targeted.
Eastern District detectives are investigating the incident and ask that anyone with information contact them at (410) 222-6145 or the Anne Arundel County Police Tip-Line (410) 222-4700.