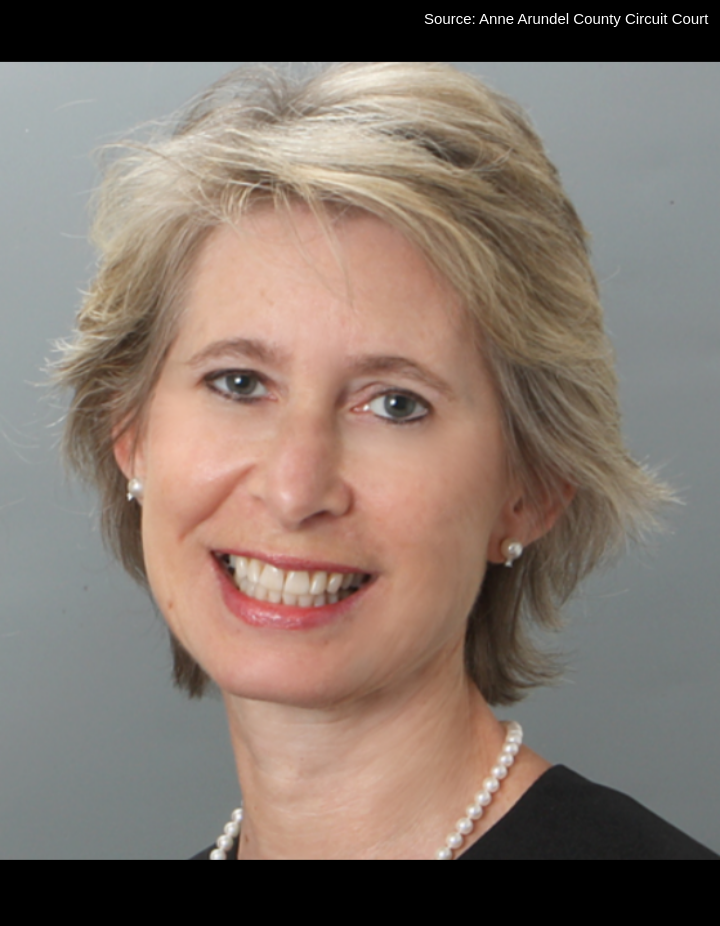 The Maryland Judiciary today announced the appointment of Donna M. Schaeffer as Administrative Judge for the Anne Arundel County Circuit Court.
The designation for Judge Schaeffer is effective on April 20, 2023, upon the retirement of Anne Arundel County Administrative Judge Glenn L. Klavans.  "On behalf of the Maryland Judiciary, I thank Judge Klavans for his extraordinary leadership over the course of his judicial career.” said Supreme Court of Maryland Chief Justice Matthew J. Fader. “Judge Schaeffer is an outstanding and well-respected jurist who will continue her work in fulfilling the Judiciary’s mission to provide fair, efficient, and effective justice for all. This appointment will ensure that the people of Anne Arundel county and the state of Maryland, will continue to be served with honor and distinction.”
County administrative judges oversee the administration of the court, budget, and procurement functions. They also manage trial calendars to ensure the expeditious disposition of cases.
“I am honored to be selected as administrative judge, and I appreciate Chief Justice Fader’s confidence in me and my ability to lead in this new role,” said Judge Donna M. Schaeffer. “It has been a pleasure to work alongside my esteemed colleague, Judge Klavans, over the years, whose leadership will be missed and also emulated. I will strive to continue our court’s reputation for judicial excellence.”
Judge Schaeffer has served as an associate judge at the Circuit Court for Anne Arundel County since January 2016, upon her appointment by Governor Larry Hogan. She has served as member of the Judicial Council’s Domestic Law Committee and is a current member of its Education Committee. Prior to serving on the bench, Judge Schaeffer was a member of the Anne Arundel County Ethics Commission.
She earned a Bachelor of Arts in English from Ohio Wesleyan University in 1980, graduating cum laude, and in 1985 earned a juris doctorate, with honors, from the University of Maryland School of Law. Judge Schaeffer served as a law clerk to the late Judge James F. Couch, Jr., on the Court of Appeals of Maryland (now Supreme Court of Maryland) from 1985 to 1986 and was admitted to the Maryland Bar in 1985.
Prior to her judicial appointment, Judge Schaeffer served as a partner at Council, Baradel, Kosmerl & Nolan, P.A., from 1997 to 2016, where she began her career in private practice as an associate in 1986.