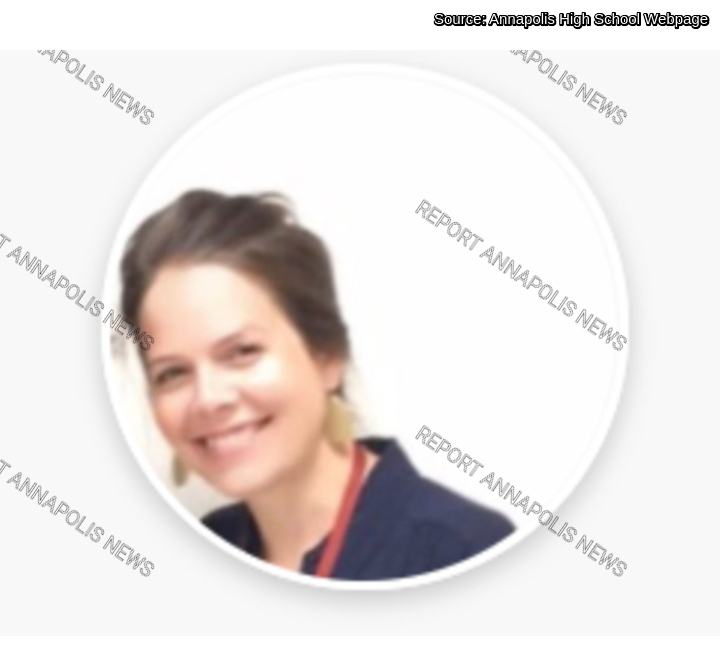 The former Annapolis High School teacher who recently pled guilty in connection with the sex abuse of one of her students was sentenced today.
This afternoon, Jennifer Diane Arnold (shown above), 42, was sentenced to six years in prison during a hearing at the Anne Arundel County Circuit Court. On September 2, 2022, Arnold entered a plea of guilty to one of twelve charges, child sex abuse, a felony with a maximum penalty of 25 years in prison. The remaining 11 charges will likely be dropped.
Arnold will be required to serve a term of supervised probation for a period of five years upon being released from prison.  She must also register as a tier three sex offender.  People who register under tier three must stay on the list for the rest of their lives, a website for the Maryland Department of Public Safety and Correction Services says.
It is unclear where Arnold will serve her prison term.
On July 6, 2021, the Anne Arundel County Police and the Department of Social Services were notified in reference to a possible sex offense involving a teacher and a 17 year old male student at Annapolis High School.
The victim, who is now 18 and no longer resides in Maryland, was interviewed on July 29, 2021. During the interview, he disclosed inappropriate sexual contact with Arnold while he attended Annapolis High School.
Police obtained an arrest warrant charging Arnold.  She was released on her own recognizance by a district court commissioner.
On October 22, 2021, a 12-count indictment was returned by a sitting grand jury.  The charges included sex abuse of a minor, unnatural-perverted practices and fourth degree sex offense by a person of authority.