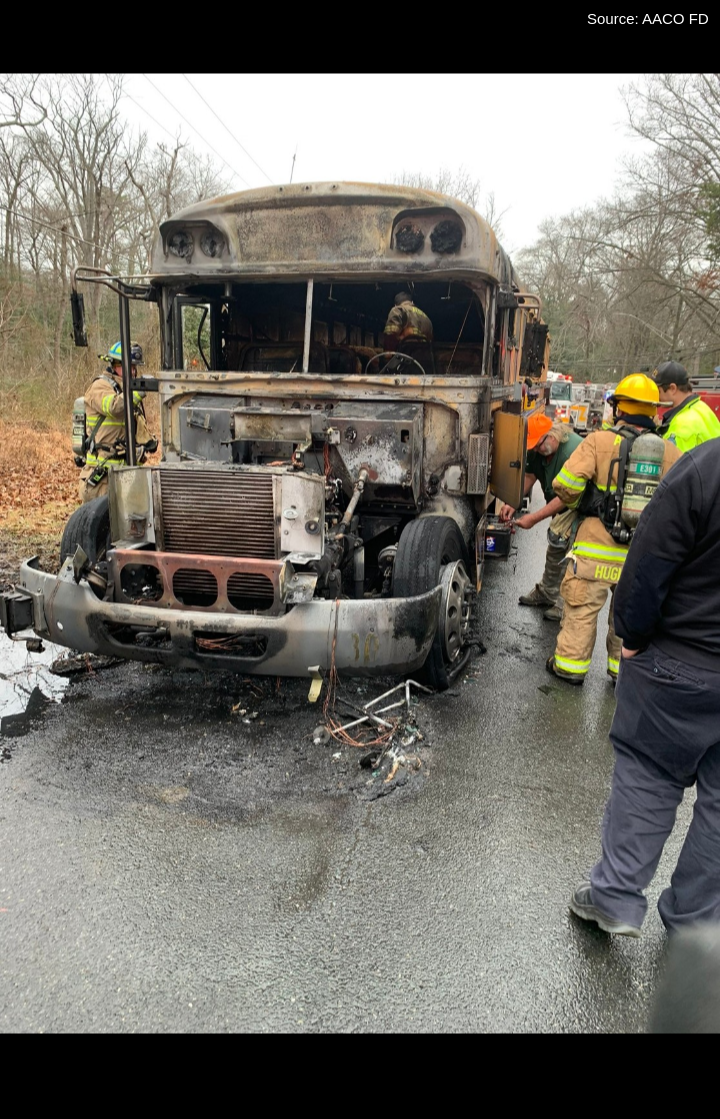 The driver and students safely evaculated a bus that suddenly caught fire this afternoon on Bayside Beach Road in Pasadena.
According to multiple sources, the bus was transporting students from Ft Smallwood Elementary School at approximately 2:35pm when it began smoking due to apparent mechanical issues. The driver reportedly came to a stop and began assisting the students from the bus to a safe location.
The bus subsequently caught fire.  By 2:50pm, Anne Arundel County firefighters arrived on scene to bring the fire under control, a fire department tweet stated.
All students and the bus driver had been transferred to another bus prior to the fire.  No injuries were reported.