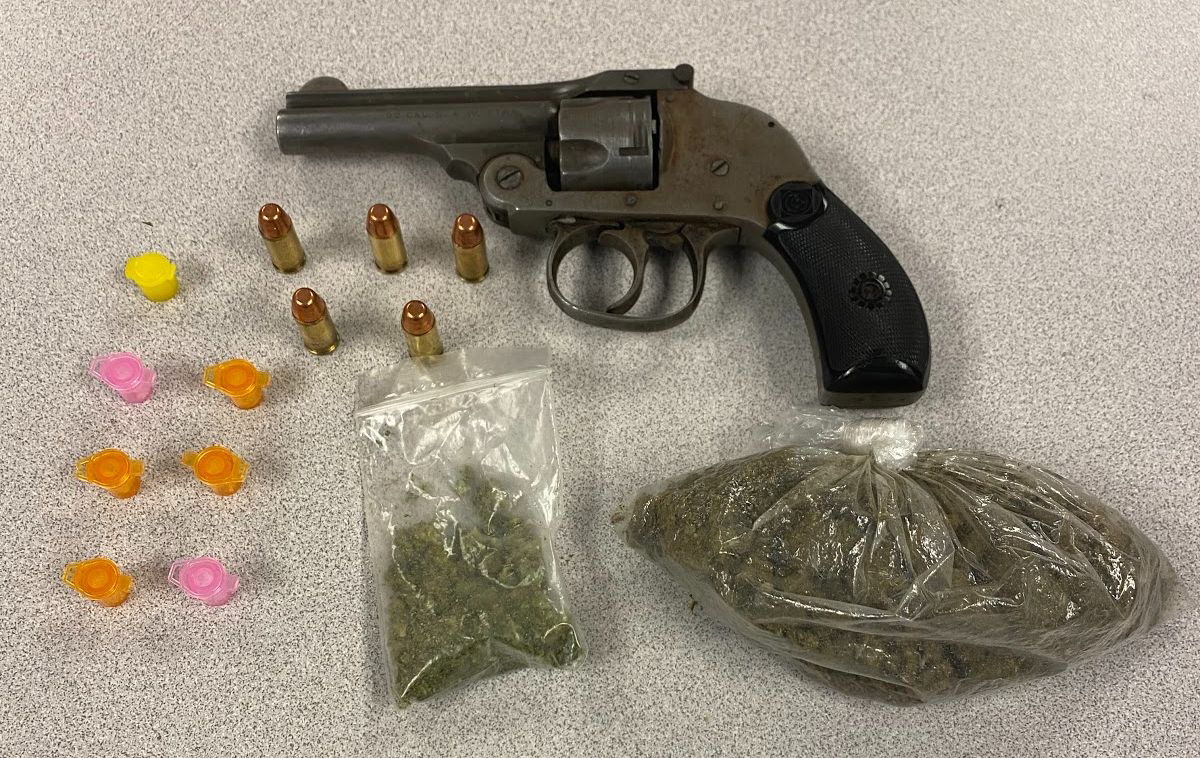 Three people were arrested last weekend after a gun and drugs were allegedly found during a traffic stop in Glen Burnie.
According to Anne Arundel County Police officials, an officer conducted a traffic stop of a Black Acura in the area of I-97 and Dorsey Road in Glen Burnie at about 10:00pm on Sunday.  Upon speaking with the driver, the officer determined the driver was unlicensed and had an outstanding arrest warrant. The driver was detained. A search of the vehicle resulted in the recovery of a Smith and Wesson .32 caliber revolver, 29.18 grams of marijuana and 2.63 grams of crack Cocaine.
All occupants were arrested, charged and identified as:
1) Asia Tajai Webb
DOB: 10/21/1997
Unit block of Wood Bench Court
Reisterstown, Maryland
2) Durvell Rashaun Walker
DOB: 2/22/2000
Unit block of Wood Bench Court
Reisterstown, Maryland
3) Cavontae Juanya Tyree Taylor
DOB: 5/26/2000
3500 block of Cottage Avenue
Baltimore, Maryland