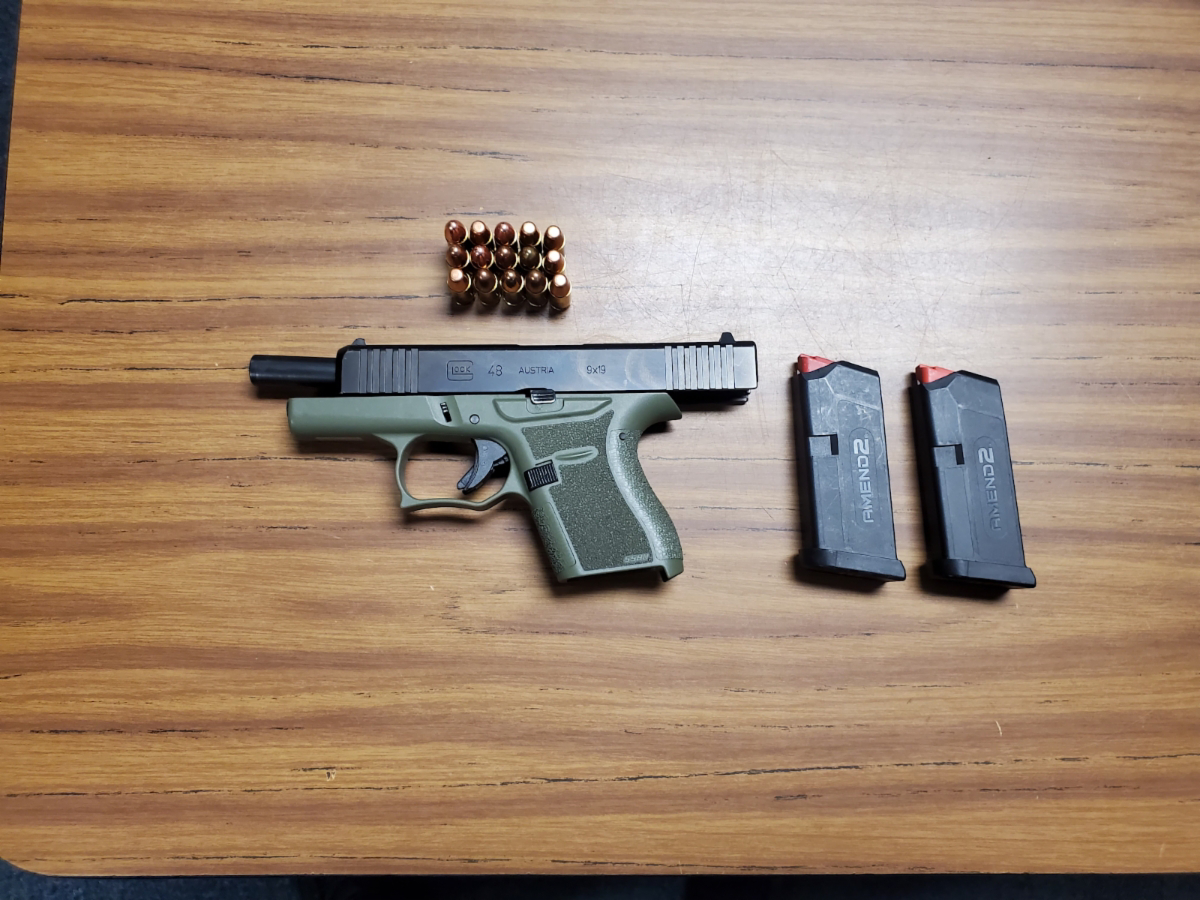 A man from Severn was arrested yesterday afternoon after police allegedly found a loaded firearm in his vehicle.
On February 4, 2021 at approximately 12:55 p.m., officers conducted a traffic stop on a blue Acura at Reece Road and Severn Road in Severn. An investigation led to a search of the driver which resulted in the recovery of a black and green handgun that was a polymer/Glock 48 loaded with six rounds and an additional magazine containing nine rounds.
The driver was arrested, charged and identified as:
Maurice Lamar Brown
DOB: 5/4/1992
1700 block of Sea Pine Circle
Severn, Maryland