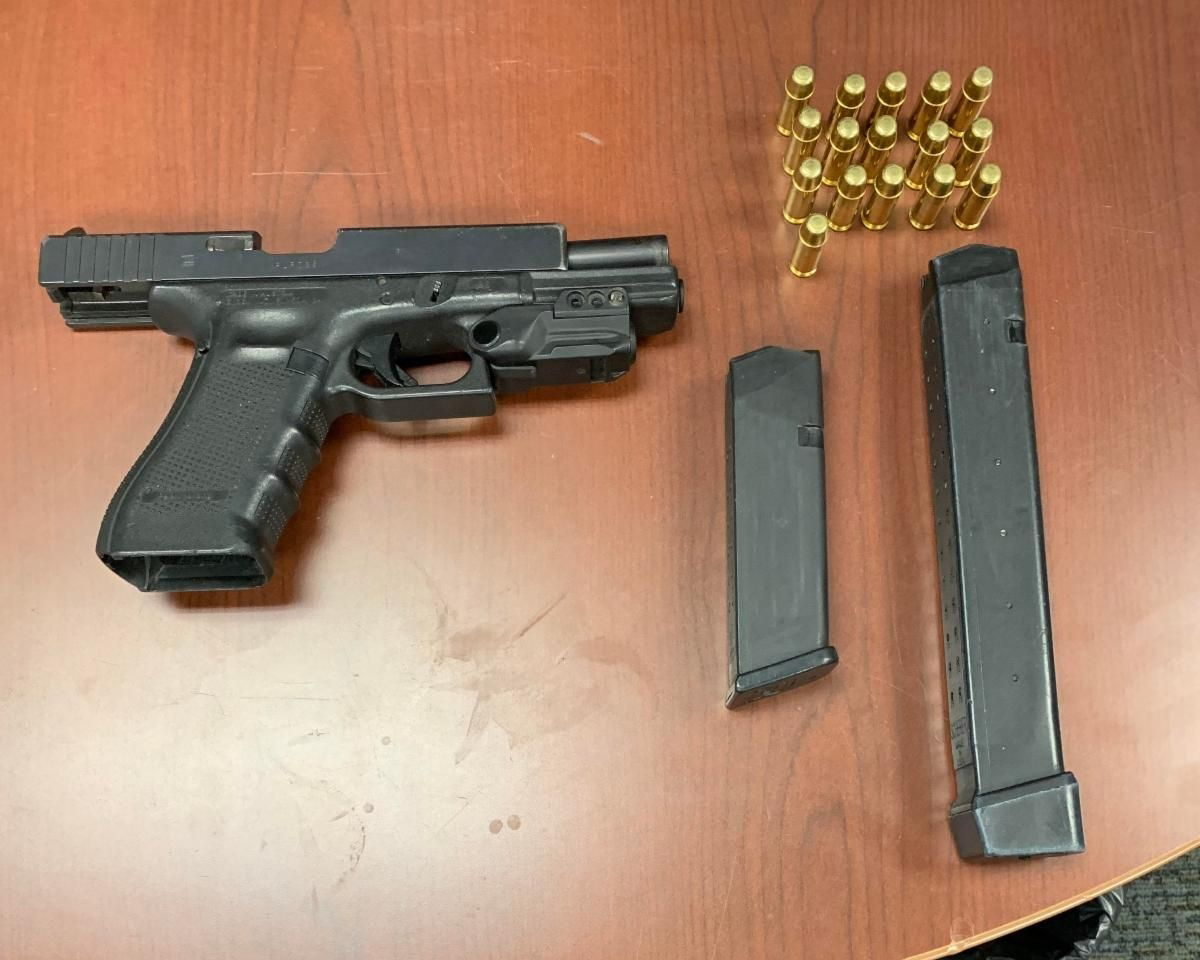 A traffic stop in Severn last week resulted in the arrest of one man and the recovery of a loaded firearm, according to Anne Arundel County Police officials.
On February 3, 2021 at approximately 7:05 p.m., detectives conducted a traffic stop on a silver GMC Acadia at the intersection of Town Center Boulevard and Blue Water Boulevard in Severn. An investigation led to a search of the vehicle and subsequent seizure of a loaded Glock 22 .40 caliber semi-automatic handgun.
The driver was arrested, charged and identified as:
Shawn Carter Gross
DOB: 4/9/2002
8200 block of Parham Court
Severn, Maryland