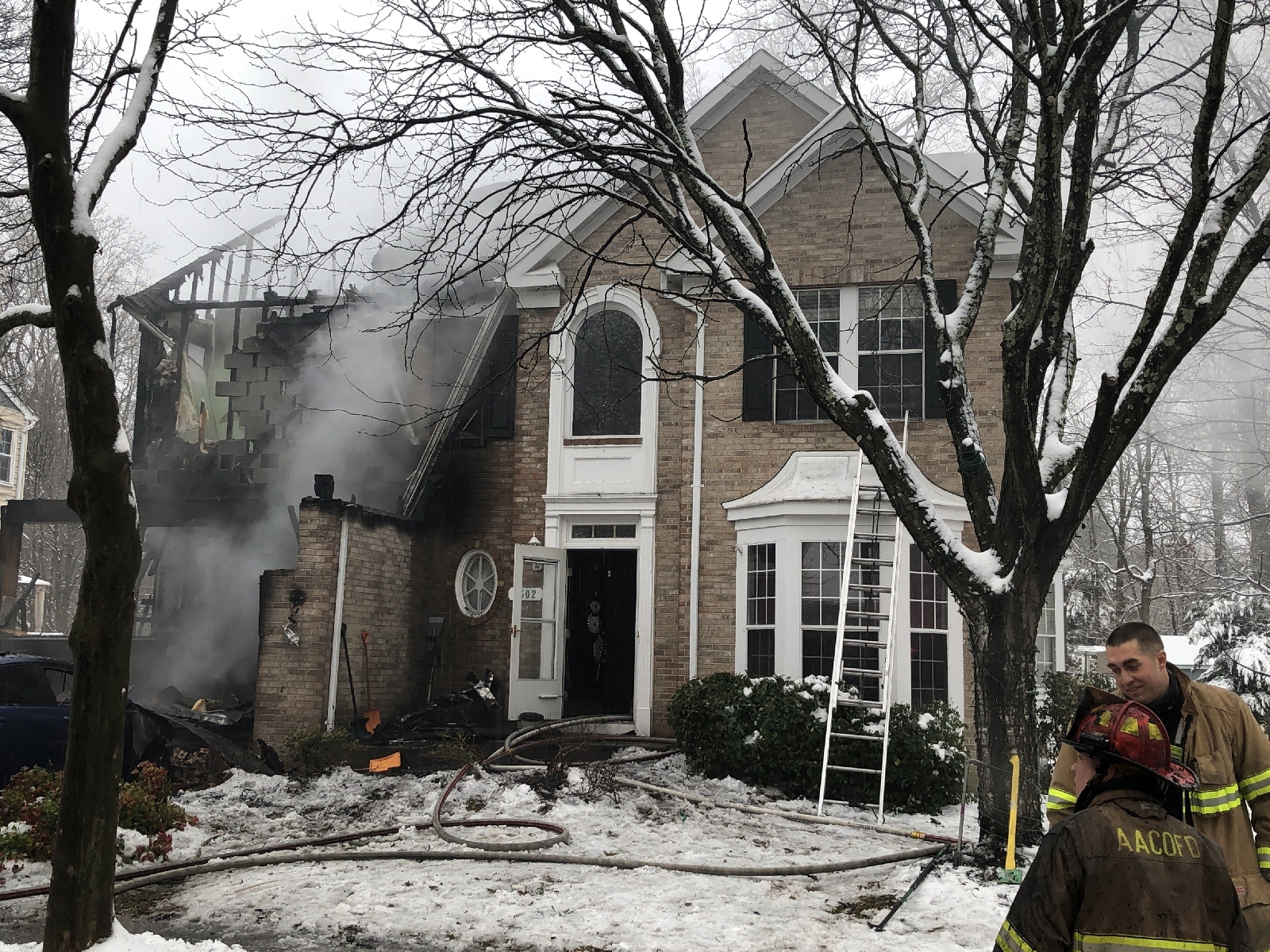 Anne Arundel County Fire Department first responders battled a home blaze in Hanover this weekend, which caused $300,000 in damages and displaced a family of three.
Firefighters responded to multiple 911 calls reporting a fire in an attached garage at 1502 Beaver Dam Court. Firefighters on their arrival found fire coming from the front of the garage, a vehicle in the driveway on fire, and fire extending into the attic area of the home. The siding of a neighboring home was also burning. Firefighters worked to bring the fire under control in about an hour, but not before the fire traveled the length of the attic causing extensive damage to the home.
Investigators from the Anne Arundel County Fire and Explosives Investigation Unit have determined the fire was accidental, caused by the improper disposal of fireplace ashes into a cardboard box.
The three occupants of the home are displaced and are being assisted by the Red Cross.