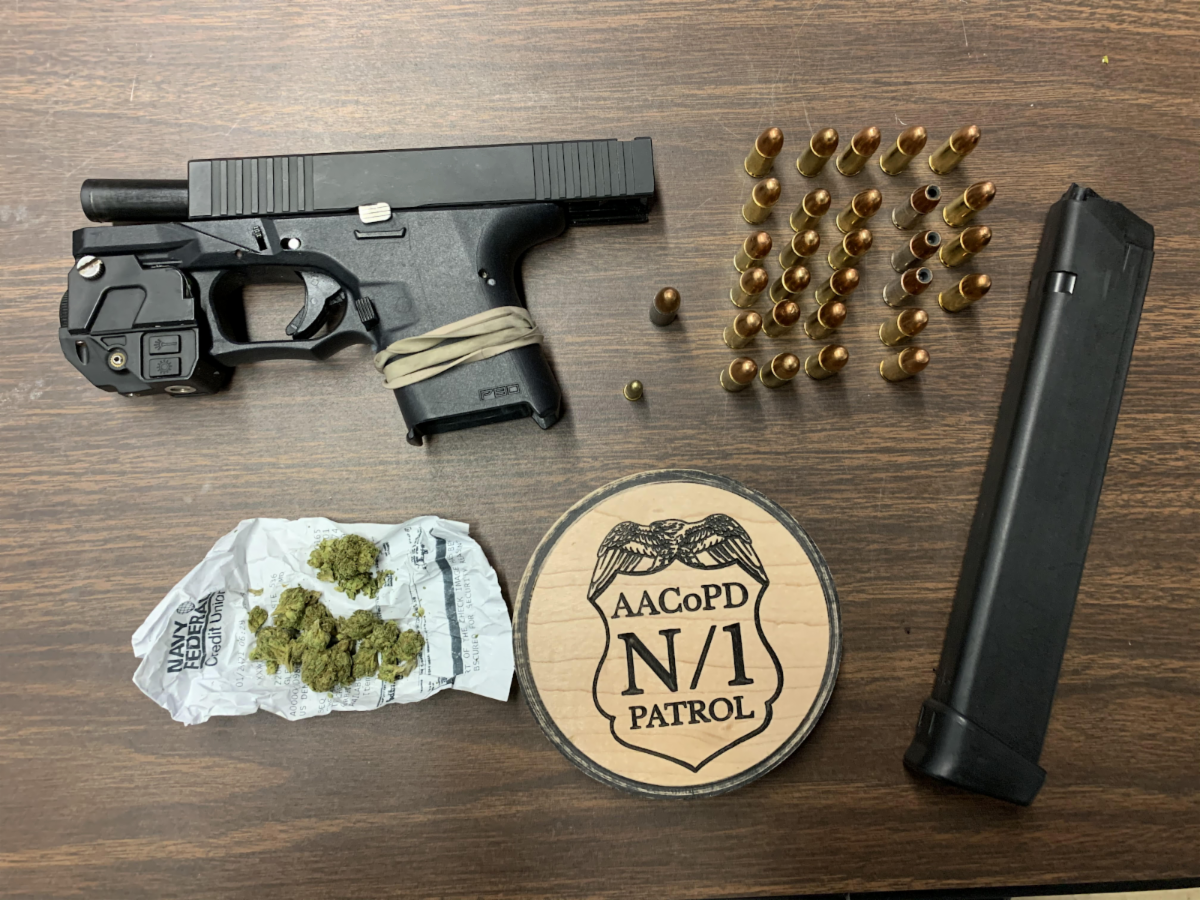 Anne Arundel County Police officers recently recovered a loaded gun and arrested one person while conducting a traffic stop near the Thurgood Marshall-BWI Airport.
On January 29, 2021, at approximately 10:15 a.m. officers conducted a traffic stop of a black Nissan Altima in the area of West Nursery Road and International Drive in Linthicum. Upon approaching the vehicle, the officer noticed an odor of marijuana coming from the vehicle.
The investigation led to a search of the vehicle which resulted in the recovery of a loaded polymer handgun with a 30 round extended magazine.
The driver was arrested, charged and identified as:
Sean Omari Nicholson-Chappelle
DOB: 11/23/2001
70000 block of Independence Street
Capital Heights, Maryland