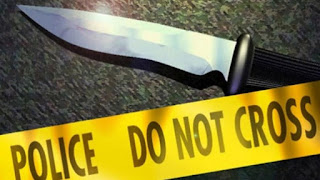 Authorities have yet to release the identity of an assault victim who was reportedly injured during an early morning attack.

Detectives from the Annapolis Police Department are seeking information about an incident which led to a 20-year old man being critically injured. Officers responded to the 1300 block of Tyler Avenue shortly after 5a.m. this morning after receiving calls about a male being stabbed. Upon arrival, the victim was found and subsequently transported to The Crowley Shock Trauma Center in Baltimore with non-life threatening injuries.

"We believe the crime occurred in the 1400 block of Tyler Avenue," said Police Spokeswomen Sgt. Amy Miguez. "Anyone with information is encouraged to contact detectives at (410) 260-3439."