Arrest Made; Baltimore Man Charged in the Death of Annapolis Rapper 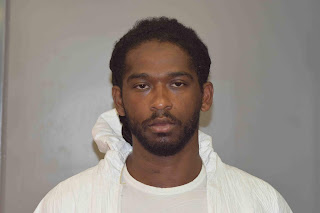 Detectives continue their investigation into the homicide that occurred on June 7 on Forest Drive in Annapolis.

On June 20th Detectives located and arrested James Esau Davis III, age 30 of Baltimore, in relation to the death of Edward Tre Da Kid Seay, a well known Rapper and community pillar from Annapolis. Davis has been charged with first degree murder and other related offenses. He is currently being held without bond.

Officers from the Annapolis Police Department began investigating after responding to a call of shots fired shortly after 9:00 p.m. on June 7 along Forest Drive.  Police determined that Seay's had car crashed and he subsequently died of his injuries after being shot.

The homicide was the first of the year for Annapolis.

Seay earned notoriety in 2016 when he won the National Freestyle 50 Challenge in Atlanta.
He took home a $10,000 prize, a recording contract, and the opportunity to tour.
The Annapolis native was also known for being a great father, friend and a role model.

This is an active and fluid investigation. If anyone has any information about this homicide is encouraged to call detectives at 410-260-3439 or provide an anonymous tip by calling 1-866-7LOCKUP.